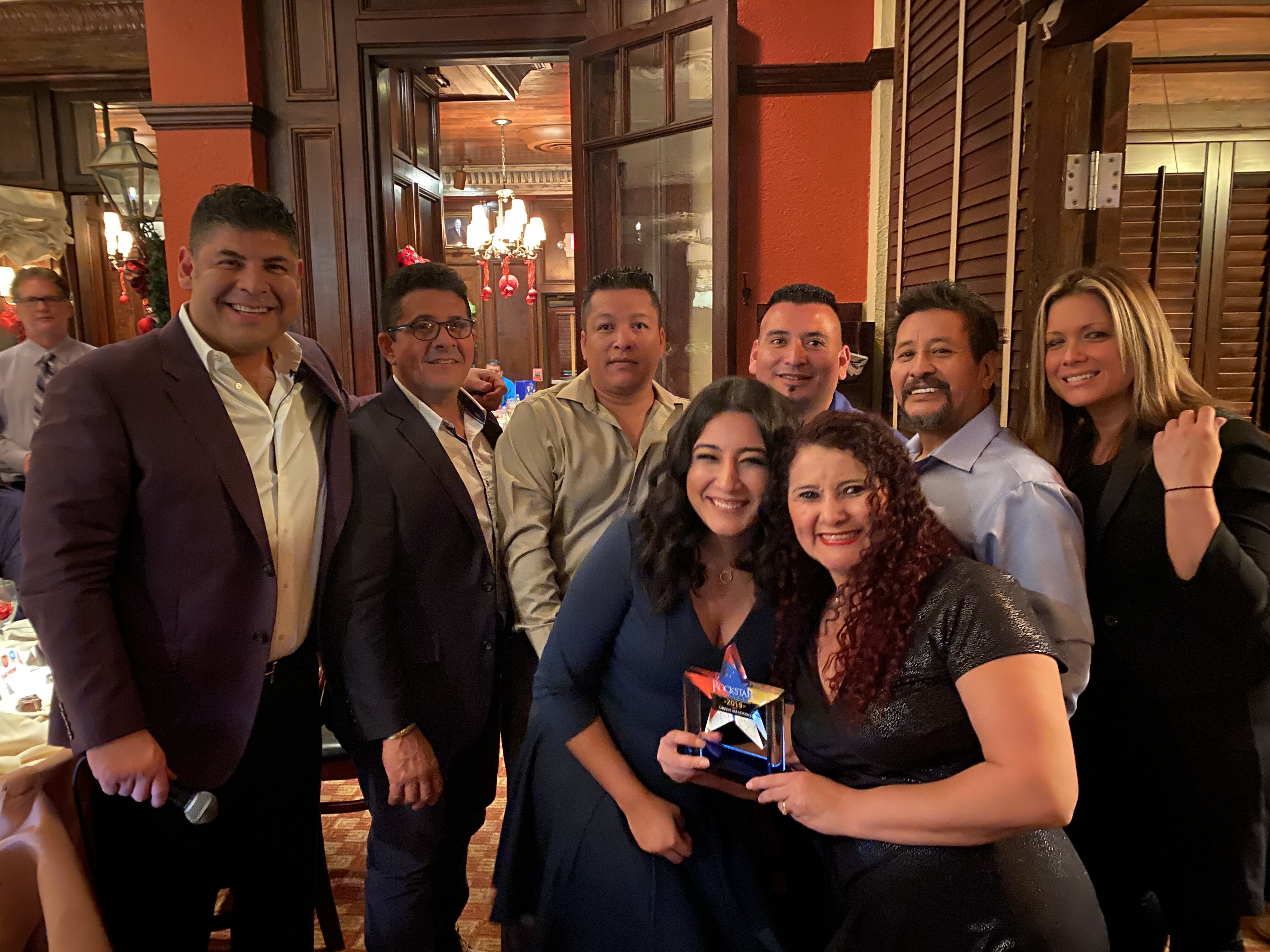 This month I had the amazing opportunity to learn more about one of our Rockstar team members, Melyssa Freeman. Melyssa is currently a Multi-Site Manager for Rockstar Capital and learning about her story has been a truly inspiring experience.

Melyssa got her start in the multifamily industry when she left her job at a law firm and was at a loss as to what to do next. She reached out to one of her sisters, who worked at an apartment community, who spoke to her regional and set up an interview. Melyssa got the job, despite having not worked at an apartment community before. This new position was not only a challenge to adapt to but also pushed Melyssa to overcome a personal challenge.

“I was so nervous. I’m still shy at times but being in this business helped me to overcome it,” Melyssa said. Interacting with people daily is a big part of working for an apartment community and Melyssa was able to gain confidence in herself by having to talk to people every day. The first company she worked for would always give their employees feedback on how they did on property tours which would enable Melyssa to consistently improve and hone her skills. “I had a great leasing manager that always coached me,” Melyssa said. Along with support and help from her coworkers, training also helped Melyssa become an amazing leasing agent.

Melyssa was out of the industry for one year but when she returned, she decided she was going to take an Assistant Manager Position. Melyssa felt at home in this position, “all of my coworkers were like family to me, we looked out for each other,” she said. Melyssa helps with anything she can and doesn’t limit herself to title specific duties. “I wear the hat that needs to be worn, I can be manager or a housekeeper,” she said.

Currently, as a Multi-Site Manager, Melyssa enjoys working with two separate sites and helping other properties. During her two years at Rockstar Capital, Melyssa has continued to grow as a person and within the company. She loves being involved with company events like our annual #WalkForTheCure,“I love that we do the breast cancer walk and we as employees are part of it,” she said. Melyssa can’t wait to grow with Rockstar Capital as her career continues and even strives to one day receive her real estate license.

Melyssa, thank you for all that you do for Rockstar and for all of your hard work. We truly appreciate you!

If you haven’t met our other Rockstars; Aaron, Kiwi and Stephania be sure to check out their stories as well.

We have been named a finalist for HBJ's Fast 100 List for the THIRD year in a row!

Rockstar Capital’s Property of the Month for May and June

Meadowbrook Apartments is our property of the month for May and June! They have indeed shown us their hard work and dedication.

Get a good look at your future home with our 3D tours!