Rockstar Capital Makes the List Again; The Fast 100 Rankings Are In! 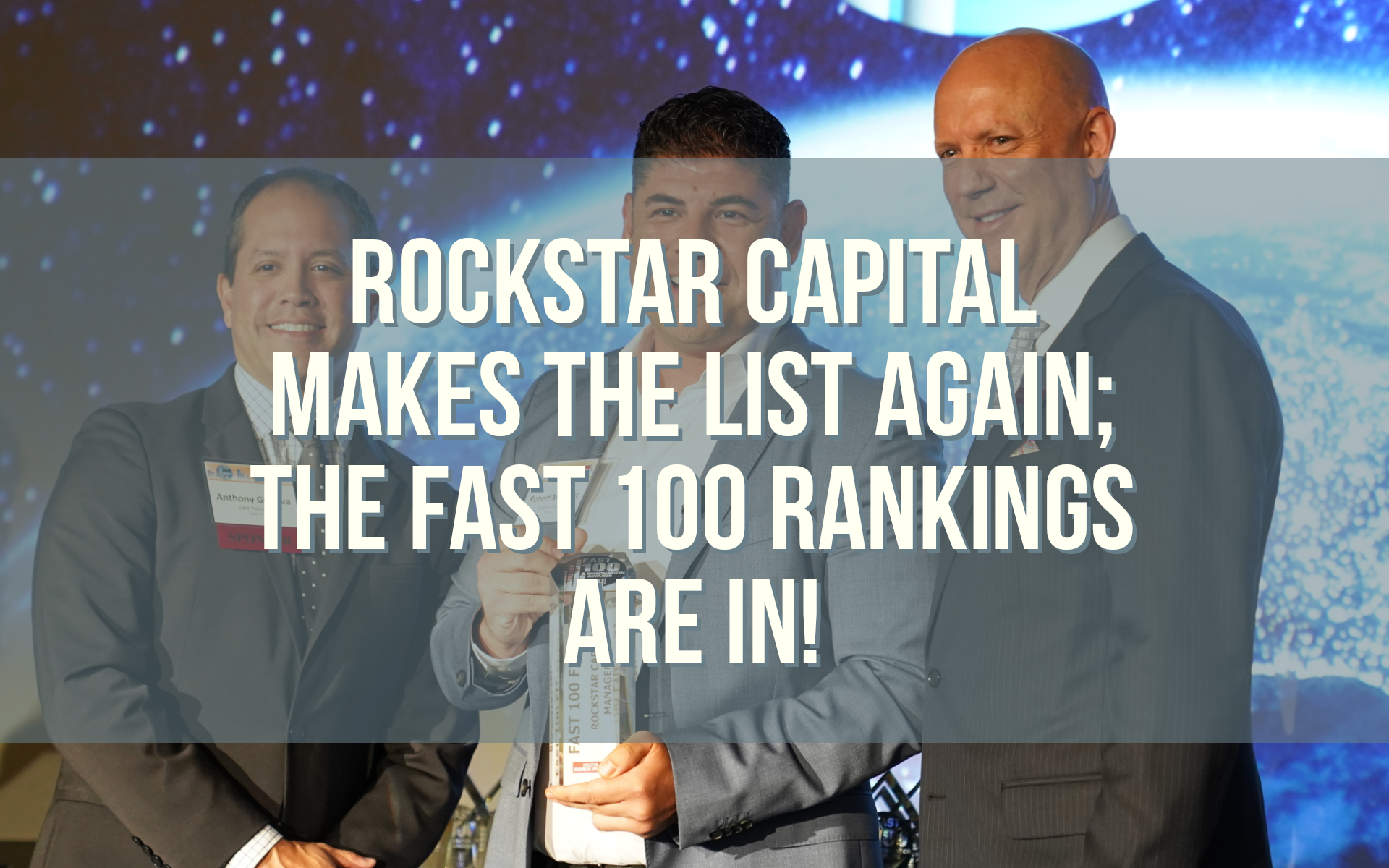 Rockstar Capital has officially made the Fast 100 List for the third year in a row! We have ranked as high as 15 on the list in those three years, and we are excited to top that number come next year. Being on the Fast 100 List is always a huge accomplishment for us. We are always happy to participate in HBJ's List programs. We want to thank all of our teams for their hard work and dedication to Rockstar. Without you all, we wouldn't have been able to make the list.

The Houston Business Journal's Fast 100 award recognizes Houston-area private companies with the fastest revenue growth over two years. The final ranking of the Fast 100 List will be revealed at a virtual awards event in September. The list is ranked by companywide revenue growth between the fiscal year 2017 and fiscal year 2019. To qualify, companies must be for-profit, privately held, and have headquarters in the Houston area. They also must have been in operation for at least five fiscal years by Dec. 31, 2019. A full ranking of the Fast 100 List will be published online and in a special section of HBJ's Sept. 25 weekly edition.

Our Other September Wins

September has been an excellent month for Rockstar Capital. We were also recently named the second-best apartment management company in Houston by ApartmentRatings. Check out our win here!

Rockstar Capital Featured by Inc. 5000 for the Second Year

Rockstar Capital has ranked among the top companies in the state of Texas for the second year in a row!

Rockstar Capital Will Be Hosting a Career Fair on March 11th

Join us on March 11th to be considered for a position at Rockstar Capital!